The German Navy’s famous sail training ship was built by the traditional Hamburg shipyard Blohm & Voss, with her keel laid on August 23, 1958. Her name derives from a North-German writer who is known for his novels about seafaring and who died at the Battle of Jutland, the largest naval battle of World War I. To date, the Gorch Fock has traveled more than 740,000 nautical miles, docked at 439 harbors and visited 60 sovereign territories in all continents.

She participates in numerous international regattas as a floating ambassador for Germany and, before the introduction of the Euro in 1999, was represented on the reverse of the ten Deutsche Mark note. The Gorch Fock is manned by a skeleton crew of 69 sailors (maximum 222 sailors) and has a main mast that towers 45.3 meters above the waterline, 23 sails with a total of 1,952 square meters of sail surface area and the Condair OptiSorp multiple steam distribution system. 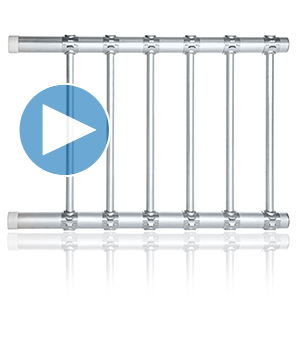 Short humidification distances are decisive factors for reliable and hygienic steam humidification. In air conditioning systems there must be no vapor in air pipe installations. Damp surfaces, corrosion and hygienic risks would be the consequence.